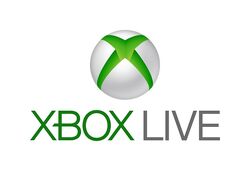 The Xbox network, formerly Xbox Live, is Microsoft's online multiplayer subscription service used to play supported games online, using the Xbox 360 and Xbox One as servers for multiplayer matches, instead of a dedicated server system. Xbox Live subscriptions run for about $60.00 in the United States and Canada a year. In Britain, a standard subscription costs about £35 a year. In Australia, subscriptions are approximately $90.00 (AUS) for both Xbox and Xbox 360, and in New Zealand, 80-90 NZD, depending on the retailer. Normally it is about $5 a month in Canada and the USA.

Originally released in November 2002, one year after the original release of the Xbox, Xbox Live was originally made popular by such games as Rainbow Six 3 and MechAssault. Over one million new users created accounts when Halo 2 was released, and it became the mainstay of Xbox Live, even with the onset of the Xbox 360. Usually, the maximum number of players is 16 or less for original Xbox games. On February 5, 2010, Microsoft announced that Xbox Live support for original Xbox games and software, including ones playable on the Xbox 360, would be discontinued effective April 15, 2010.[1]

Besides multiplayer, Xbox Live can be used for downloading content such as new levels and maps. This feature is much more versatile on the Xbox 360 (you can download non-gaming files), because of Microsoft's push to make it a multimedia machine. All of Halo 2's Multiplayer map packs could have been downloaded for free. Gamerpoints are achieved by unlocking Achievements, which are awarded for certain accomplishments in any Xbox 360 and Xbox One game. Additionally in 2013 all Gold Members would receive two free games a month, and this feature will continue in 2014 for the Xbox One.

As of June 2006, players had spent over 2.3 billion hours playing over Xbox Live. A major portion of that time was spent on Halo 2, by far the most popular title on Xbox Live with over 710 million hours spent on it alone, adding up to over 500 million games. There were over 6 million unique players who used Xbox Live.[2] By May 2007, that number rose to 5 million Halo 2 players on Xbox Live, with 700 million total games of Halo 2 played on Xbox Live (not including guests).[3] By 2013, Microsoft announced that they had over 50 million subscribers on Xbox Live.