Were you looking for Zanzibar Island?

Zanzibar consists of a large base with an operable gate, controlled by a switch which either team can open, but not close. The gate is a main part of objective based games, as a Warthog or other vehicles can be driven through the open gate directly into the base.

Zanzibar is also host to one of the most destructive and interactive areas in Halo 2 multiplayer. The Base that houses the generator sub-systems has two shutter windows to the left of the building, the supports to which can be shot off or hit off with a melee attack and used to prevent fire from entering the second level of the base from the outside. The concrete blocks next to the two forward firing machine guns can be blown off. The large pillars on the first floor of the base next to the flag spawn can be chipped away by gunfire. The windows can be blown out. Then a couple of the trees on the beach a total of three coconuts can be knocked down and played with.

One of the unique aspects of Zanzibar is that it supports every type of combat very well. It is good for close-quarters, mid-range, and sniping, along with melee battles, grenade battles, defensive strategy, offensive strategy, vehicular combat, and almost everything else except for aerial combat.

The wheel is a large and distinctive feature of Zanzibar. There is a bridge that leads to the wheel on the top of the flag room. The center of the wheel contains the Energy Sword and the Rocket launcher is located on the bridge. It can be reached in three ways. The first is by jumping across from the defensive base onto a platform. The second way up is by climbing a ramp and destroying a pin that lowers a different bridge to the center of the wheel(it is quite noisy though and could give away your position). The riskiest way is by 'riding' one of the spokes of the wheel up to the top. However, this makes you an easy target as well as the risk of falling off. Once there you can get the sword by dropping into a niche in the very center of the wheel. Or you could lob a grenade and pick up the sword after it has gone flying.

The Base Room is located at the end of the map. There's a gate on the right side that can only be opened by activating the Panel on the second floor of the Base Room. There are breakable windows and shutter that can close. The bridge leading to the Wheel isn't connected to the base room bridge because there's a gap between the two. To get from one Bridge to the other you have to jump. Sometimes you may not make it or land on the edge of the other bridge. But, if you do make it there will be a Rocket Launcher calling your name ahead of you.

A good way to quickly get the sword and to keep it out of reach of your enemies is to go below the wheel and lob a grenade into the little niche. It will explode, launching the sword out of its hiding place. A better method (because grenades have the irritating habit of bouncing back out of the niche), is to find a rocket launcher and fire a rocket into the niche directly at the sword. This has the pleasing effect of catapulting the sword out of the niche to land nearby where you can easily grab it.

A good way to get on top of the building without using a super jump, is to set your juggernaut to go fast, go to the top of the inside ring of the wheel,onto the platform that touches the upper part of the ring, then from there you jump onto the doorway thing with no walls around it, and finally jump onto the roof of the building. It is recommended to bring a rocket launcher, a sniper, and set it so the juggernaut has overshield and infinite ammo.

Standing next to the wheel with the ramp down, you can safely keep your position with a rocket launcher, a shotgun, both types of grenades and an overshield.

"A total FU exception has occurred at your location. All system functionality will be terminated. Press any key to power cycle the system. If system does not restart; scream at top of lungs and pound on keypad. If you need to talk to a programmer press any other key Press any key to continue_" 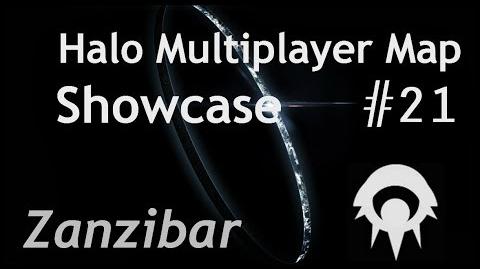